What is a Transition Town? 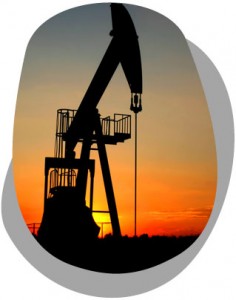 A Transition Initiative (which could be a town, village, university or island etc) is a community-led response to the pressures of climate change, fossil fuel depletion and increasingly, economic contraction. There are thousands of initiatives around the world starting their journey to answer this crucial question:

Here’s how it all appears to be evolving…

It all starts off when a small collection of motivated individuals within a community come together with a shared concern: how can our community respond to the challenges, and opportunities, of Peak Oil, Climate Change, and increasingly, economic stagnation? They recognise several crucial points:

They begin by forming an initiating group and then adopt the Transition Model with the intention of engaging a significant proportion of the people in their community to kick off a Transition Initiative that is asking the BIG question :

They then usually do a few activities:

This results in a co-ordinated initiative across all these areas of life that strives both to rebuild the resilience we’ve lost as a result of cheap oil and also to reduce the community’s carbon emissions drastically.

The community self-organises to respond in four phases.

First, the small initiating group starts a programme of awareness raising and hooking up with existing groups. They articulate the rationale for adopting/adapting a transition approach and show the creative responses that the community might embark upon.

Second, as the group becomes larger, it self-organises in groups in all the key areas such as food, transport, energy, housing, education, textiles etc, and creates practical projects in response to that big question (such as community supported agriculture, car clubs, local currencies, neighbourhood carbon reduction clubs, urban orchards, reskilling classes). Most Transition Initiatives are in this phase.

Third, when the initiative is sufficiently competent with these concepts and practices, it embarks on an EDAP (Energy Descent Action Plan) process. This is a community-visioned and community-designed 15-20 year plan that creates a coordinated range of projects in all these key areas, with the aim of bringing the community to a sufficiently resilient and low CO2-emitting state. A very small handful of Transition Initiatives have embarked on this phase.

Fourth, they begin implementing the EDAP, sharing successes and failures with other Transition Initiatives that are travelling the same path. As of June 2010, it looks like only Transition Town Totnes have embarked on this phase – see their Totnes EDAP site.

Just in case you were under the impression that Transition is a process defined by people who have all the answers, you need to be aware of a key fact.

We truly don’t know if this will work. Transition is a social experiment on a massive scale.

What we are convinced of is this:

Everything that you read on the Transition Network site is the result of real work undertaken in the real world with community engagement at its heart. There’s not an ivory tower in sight, no professors in musty oak-panelled studies churning out erudite papers, no slavish adherence to a model carved in stone.

The website, just like the transition model, is brought to you by people who are actively engaged in transition in a community. People who are learning by doing – and learning all the time. People who understand that we can’t sit back and wait for someone else to do the work. People like you, perhaps…