Motorbikes provide many of the individual freedoms associated with cars, but with lower environmental costs: 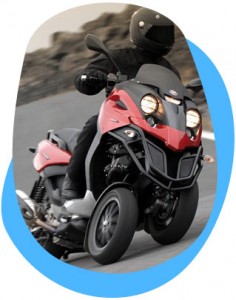