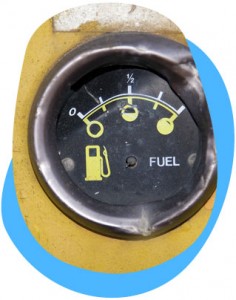 Cars don’t have to mean petrol. Alternatives have existed for years; what has been missing is the political and economic will to make these alternatives available to all. We’re now at the exciting stage where this will is beginning to emerge.

Sust-it provide more information about the range of alternative fuels suitable for domestic and commercial vehicles.

EV vehicles are starting become a real alternative to the internal combustion engine. Sust-it have recently road tested both electric cars and motorcycles, their independent Electric Car reviews can be viewed here:

Long-term with the Mercedes 250e electric

Is an electric car right for you?

Liquid Petroleum Gas (LPG) is a blend of propane and butane, produced either as a by-product of oil-refining, or from natural gas (methane) fields. As an alternative fuel it is most suited to use in cars and light vans, rather than heavy vehicles. More information on LPG from the LP Gas Association.

Biogas is derived from rotting municipal waste, food waste or sewage (both human and animal). This is turned into gas by means of “anaerobic conversion” in a digester. Organic matter such as switchgrass can be grown specifically for biogas production. According to the Energy Saving Trust Sweden has “the largest fleet of biogas-fuelled vehicles in the world, with around 7,000 vehicles in the country and plans to increase this number to 80,000 by 2010.” In the UK, the number of refuelling stations linked to the HGV industry is increasing.

When Mr Diesel first designed his engine, petrochemical diesel wasn’t even available. So it’s no surprise that modern diesel engines can run on alternative fuels.

One option is biodiesel, which is vegetable oil, processed to make it run in standard diesel engines, which has many advanatages:

However, there are environmental costs in growing oilseed rape (possibly genetically modified) or other plants for biofuels. These could outweigh some of the benefits. In particular, the amount of land required to produce enough biodiesel to replace current fuel use, assuming current levels of mileage, is enormous. It would not be feasible to use so much land for biodiesel. It would also mean using land that is needed to grow food for people or destroying wildlife habitats. Reusing old oil, e.g. from fish and chip shops, is a possibility.

For the more adventurous: straight vegetable oil can be used as fuel instead, but in this case the engine itself may need to be modified. It is possible to reuse old oil e.g. from fish and chip shops.

Bioethanol is derived from starches or sugar, for example corn or sugar cane, by fermentation and distillation. A blend of 5% bioethanol with 95% petrol can be used in all petrol engines and reduces carbon dioxide emissions by 3.5%. Petrol engines can be modified to run on up to 85% bioethanol. Car manufacturers are beginning to produce vehicles that can run on all blends up to 85% and the availability of bioethanol in the UK looks set to increase. In Brazil 60% of new cars sold are 100% ethanol fuelled and it is the world’s largest producer of bioethanol, with 45% of all fuel used in cars there being bioethanol.