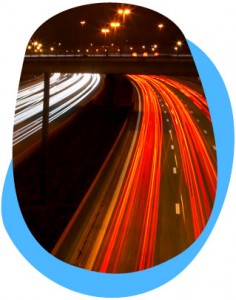 Transport, more than anything else, shapes the world as we know it today. For many of us in the UK our work, our homes, our friends, family, loves, peer groups, are separated by hundreds if not thousands of miles. Much of the food we eat has been transported half way around the planet; a single item of clothing, or one electrical gadget, could have components made in half a dozen different countries. The possibilities are enormous, but often also strangely senseless, and the problems that come with them are vast.

Pollution from transport makes up about 25% of the UK’s greenhouse gas emissions, depletes the ozone layer and severely damages human health. Vast tracts of land are covered with tarmac for roads, carparking and runways. Places and communities have changed beyond recognition, with rural settlements turning into dormitory towns, and towns which are far apart from each other becoming more and more the same.

Each of us is only one small part of a very large problem. We may feel trapped in particular situations and lifestyles, committed to doing a lot of travelling. But whatever your circumstances there are ways in which you can make your own transport choices just that little bit greener.