We asked Cathy Debenham, founder of YouGen to give an outline to some of the renewable technologies around at the moment and the feed-in-tariffs available.

There are lots of reasons why people are interested in renewable energy right now: it may be a concern about energy security, fear of ever rising oil prices, the threat of climate change, a love of new gadgets or a simple desire to pay lower energy bills.

Whatever your motivation, there has never been a better time to invest in renewable energy. The government has strict European targets to meet on renewable energy generation, and is introducing a range of financial incentives to help it achieve them. 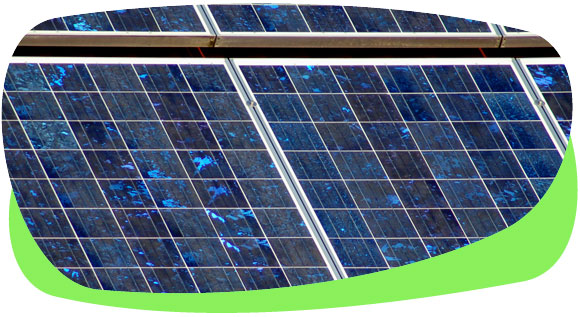 However, these are unfamiliar technologies, and they are not all suitable for every property, so it is worth thinking about your property and your energy use, to work out which is most appropriate. Below is a brief introduction to each of the technologies. For more detailed information, click on the links:

Generating your own electricity (microgeneration)

Solar panels are by far the most popular way to generate electricity. This is mainly because they are the only system that is suitable for urban areas, and so are the most suitable for the majority of people. Solar photovoltaic (or PV) cells convert solar radiation into electricity. All you need is a roof that faces between south east and south west. It’s important that it isn’t shaded by trees, buildings, chimneys or dormer windows, all of which have a significant impact on the amount you can generate. 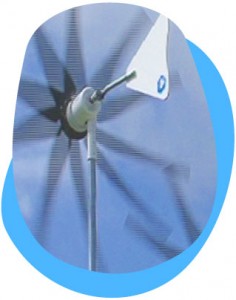 In the right place, a wind turbine can be a very effective way to generate your own power. An appropriate site needs an average wind speed of at least 5 or 6 metres per second and no obstacles that might reduce the wind speed or cause turbulence (such as buildings, trees or hills). An ideal site is a smooth hill top with a clear, open stretch to the prevailing wind. The further away your site is from a connection to the national grid, the more expensive it is to connect. Building-mounted wind turbines in urban or suburban sites are not likely to perform well.

Hydro power is one of the most efficient and reliable forms of renewable energy, but is only suitable for the tiny proportion of the population that has access to a fast-flowing river or stream, ideally on a steep hill. The maximum vertical drop (or head) of water is key to its performance. Up to 15%  of old water mills may be suitable for conversion, but many do not have a strong enough flow, or high enough head, to be effective.

Combined heat and power (CHP) is a way of generating heat and electricity simultaneously. Micro (or domestic-sized) CHP is in its infancy, with several products due on the market imminently and only one actually available. Designed to replace domestic boilers it is fuelled by gas and generates electricity as a bi-product. For this reason, not everyone would consider it a renewable technology. Micro-CHP is significantly more expensive to install than a gas boiler, and so take-up is slow. The first 30,000 people to install CHP will be eligible for the feed-in tariff for a period of 10 years.

Renewable heat tends to be more complicated than generating electricity from renewable sources, and it’s important to make sure that whatever you are planning will be compatible with your existing plumbing system. In most cases, you will get significantly better performance from your system if you actively manage it, rather than just leaving it on a timer.

Solar water heating also takes the heat from the sun, and uses it to heat water for use in the home. Like solar PV, you need a roof that faces between south east and south west – the closer to due south the better. However, for solar thermal panels you need less space: between 1 and 2 square metres per person is a rule of thumb. You also need space to install a tall, thin water cylinder with two coils. Ideally it should be big enough to hold two days water. It is possible to have solar hot water with a combi boiler, but it’s more complicated and you need to check that it accepts pre-heated water. If you use an electric shower for most of your bathing, solar thermal will not be suitable.

For domestic heating purposes, biomass tends to mean wood in the form of logs, wood pellet or wood chip. Unlike most renewable technologies which, use elements such as the sun or wind for power, there is an ongoing fuel cost with biomass heating. They also need more space. The boilers tend to be larger than the equivalent gas or oil fired one, and you will need about 6-7 cubic metres of storage for the fuel for an average size house.  Check that you have a choice of local fuel suppliers, as the cost of fuel varies according to the distance the supplier has to travel. Pellets are the most expensive, but it is possible to have fully automated feed systems. Logs are the cheapest, and need to be fed in by hand.

Heat pumps work like a fridge in reverse. They take heat from the ground, air or water, and use an electric pump to boost it to the right temperature to keep your house warm, and sometimes also for water heating. A good performing system should give at least three units of heat for each unit of electricity used by the pump, some manufacturers will quote higher figures, but three units seams realistics. They work best in well-insulated houses off the mains gas network, and can give significant savings for people who currently heat their house using electricity.

Air source heat pumps attach to the outside wall of the building, and look much like the fans on air conditioning units. Ground source heat pumps need lots of space, as pipes are buried in trenches of 1.5+ metres deep. As a rule of thumb you need twice the area of the property you want to heat to lay the ground pipes. For water source heat pumps you need a nearby lake or stream – or if you’re lucky as well!